The Seven Bridges of Königsberg

The seven bridges of Königsberg posed a mathematical problem, which was finally resolved by Leonhard Euler in the 18th century. His resolution laid the foundations of graph theory.

Kneiphof island is part of the city of Königsberg. The river Pregel flows around the island and splits into two arms. Seven bridges cross the river and somebody once asked whether it was possible to walk through the city and cross every bridge only once. 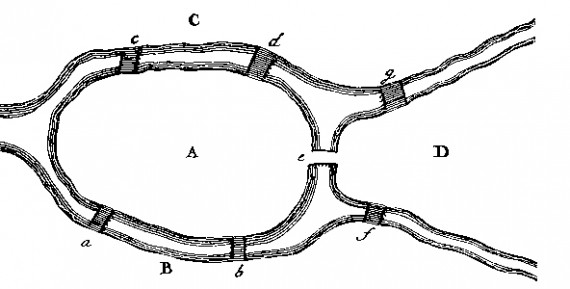 Read our next riddle: The Silk Road